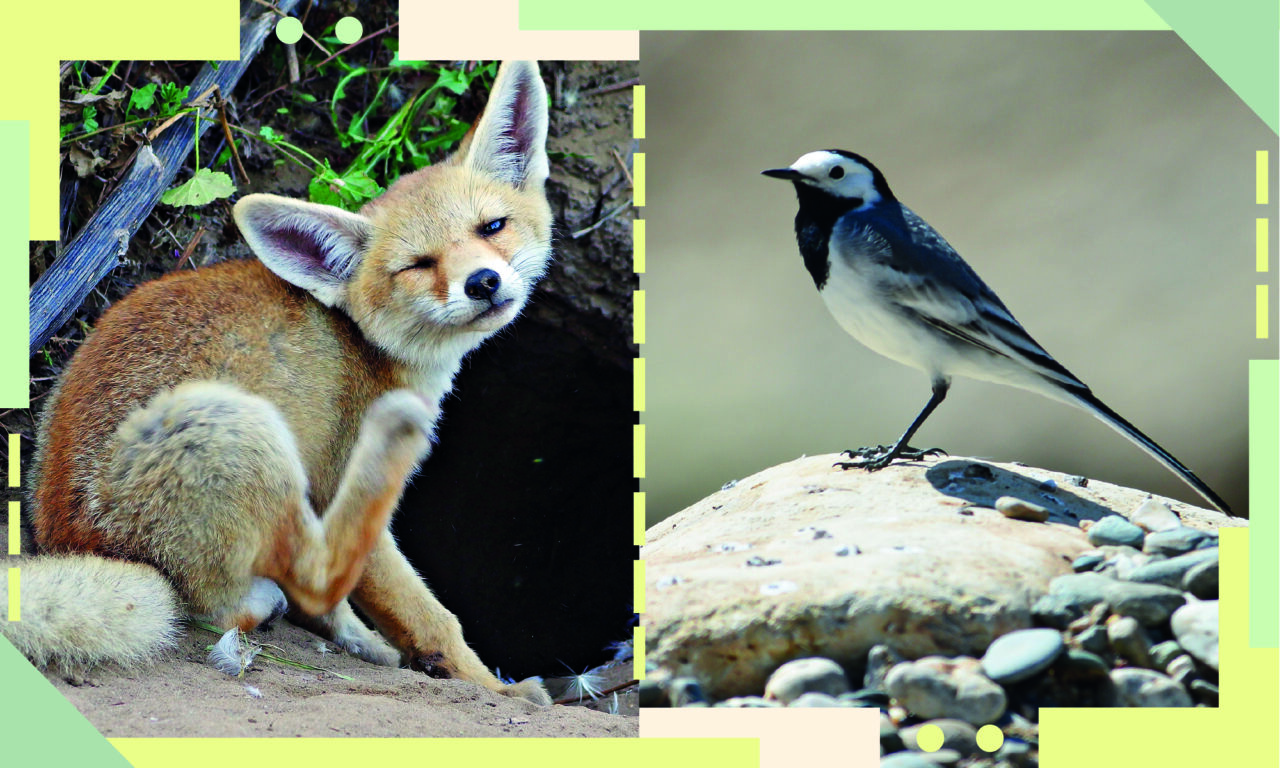 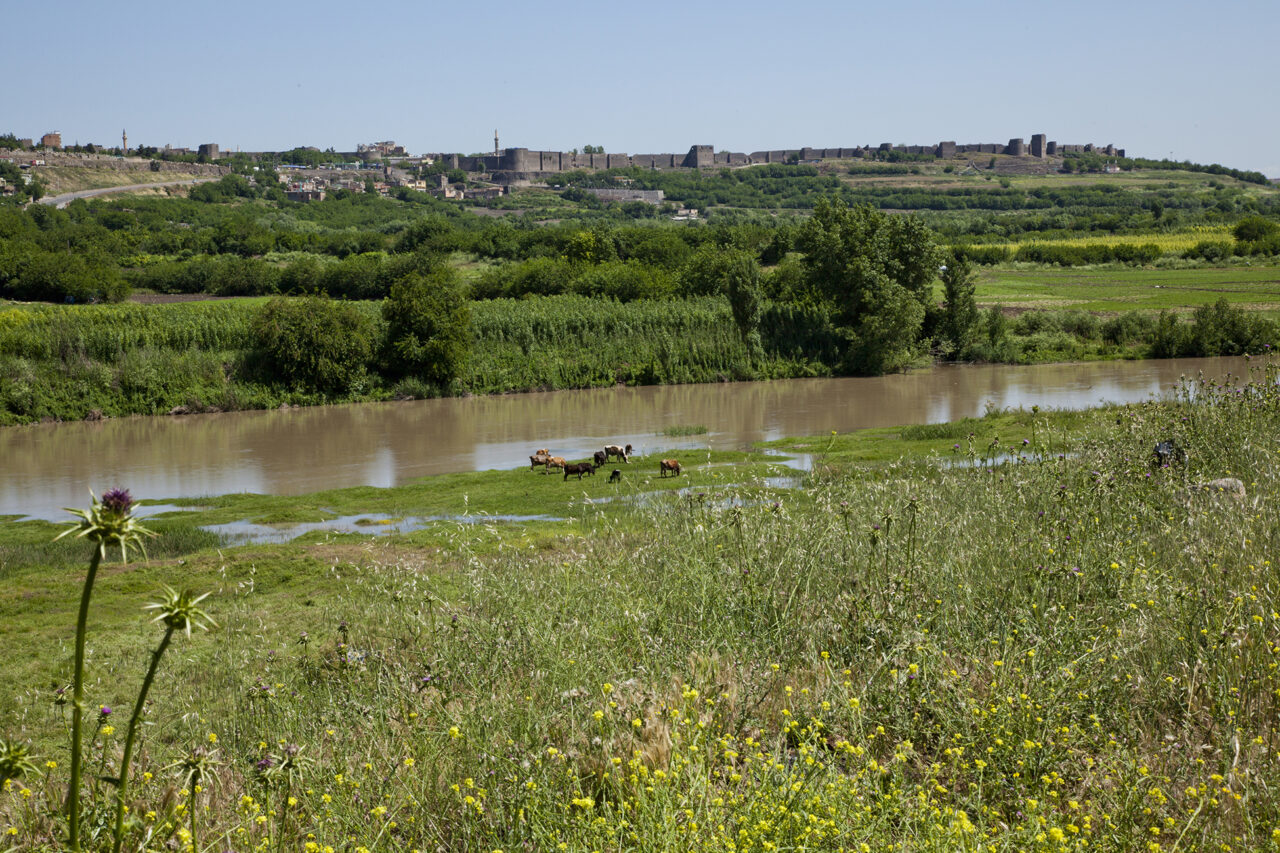 Diyarbakır has a rich fauna, made up of different species, both terrestrial and aquatic. (Photograph: Rosario Pajuelo Tan, 2013)

While it shapes Diyarbakır’s character, the Tigris River also gives the city life in real terms. The river and its branches, and particularly the Hevsel Gardens, created by them, host many terrestrial and aquatic animal species. The biological diversity of the region and threatened species of universal value were a significant factor in the Tigris Valley’s inclusion, along with the Diyarbakır City Walls, on the UNESCO World Heritage List in 2015.

From reptiles to predators, from butterflies to carp, the rich fauna of the region is examined by hydrobiologist Erhan Ünlü. Ünlü also lists the factors that have threatened this diversity in recent years.

Born in the immediate northeast of Diyarbakır and meandering throughout its south, with the planes it forms, the Tigris River creates one of the most beautiful and fertile corners of the world. Created by the river, the Hevsel Gardens are one of Turkey’s most significant biodiversity sites both in terms of their natural structure and for their historical features. Apart from marine creatures, it is possible to see examples of almost all terrestrial and aquatic plant and animal groups studied at university biology departments. From this viewpoint, the region is a biology laboratory in its full sense, and a veritable living exhibition site. 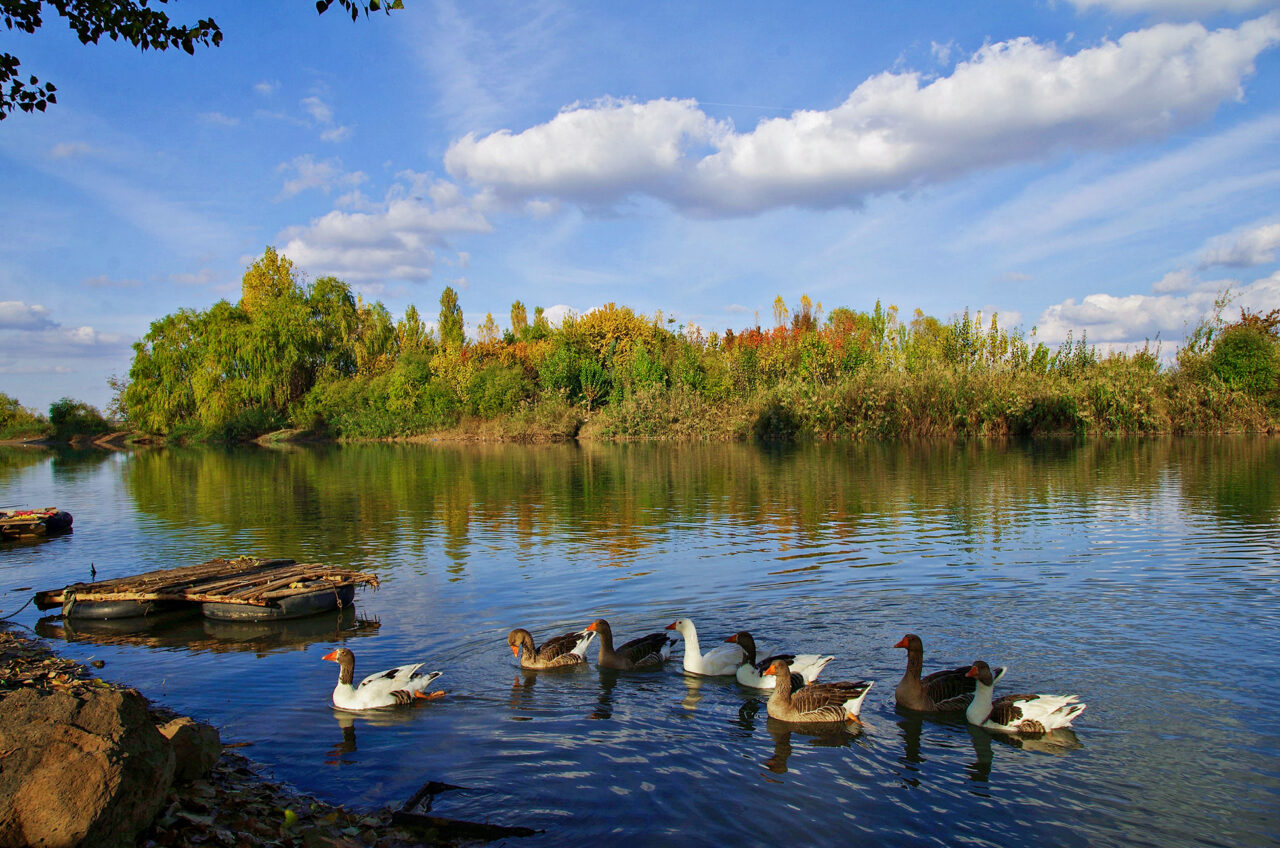 The Tigris River and the Hevsel Gardens it gives life to are first and foremost among factors that make Diyarbakır a highly significant biodiversity zone. (Photograph: Mehmet Masum Süer) 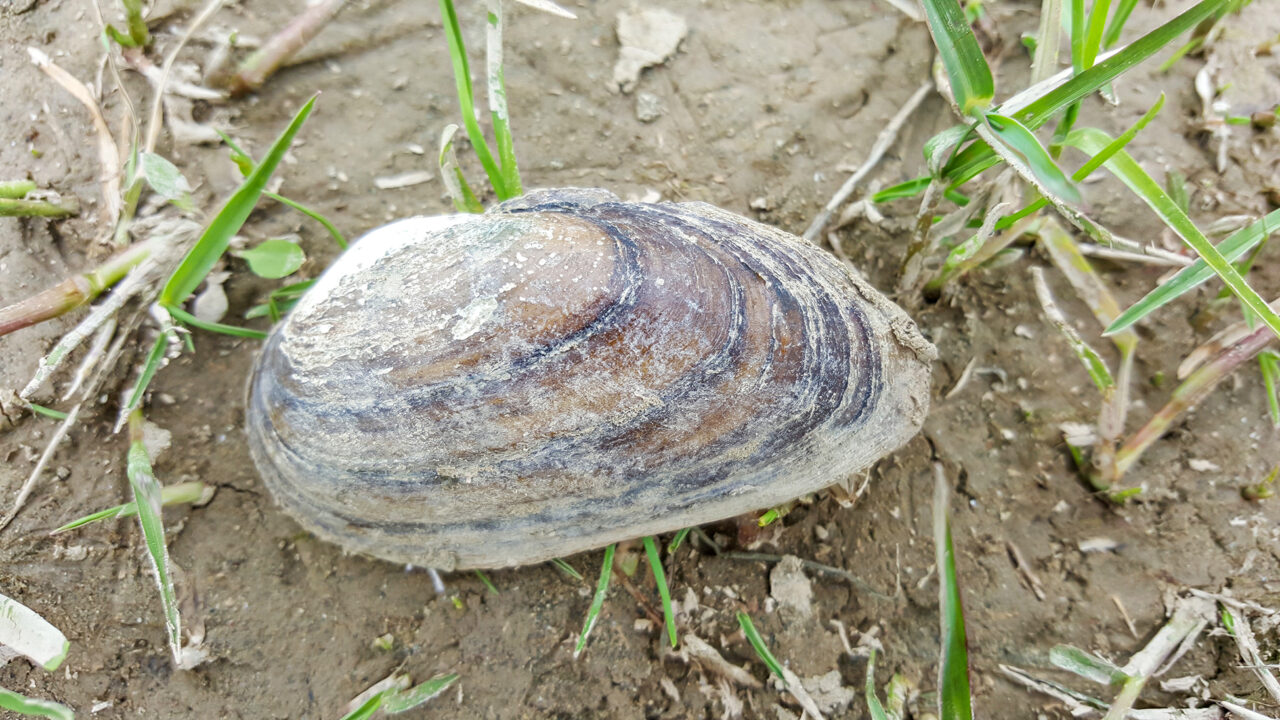 Many species of mollusca inhabit the Hevsel Gardens, the Tigris River and its environs. They include:

Thanks to its temperate climate and cover of various vegetation, the Hevsel Gardens is home to considerably rich habitats of a diverse variety of insects. Certain habitats form microclimates and here, insect diversity increases further. The insect population increases particularly the area between On Gözlü Köprü/Ten Arches Bridge and the University Bridge. In wetland areas we mostly come across varieties of dragonflies and damselflies (Odonata) and Mayflies (Ephemeroptera) while in areas further out we see crickets (Orthoptera) and beetles (Coleoptera).

Junonia orithya, or the blue pansy, is a butterfly species mostly prevalent in tropical areas. In 2011, biologist Prof. Dr. Murat Biricik observed it in the region and added it to Turkey’s butterfly species list under the name Dicle Güzeli, the Tigris Beauty. 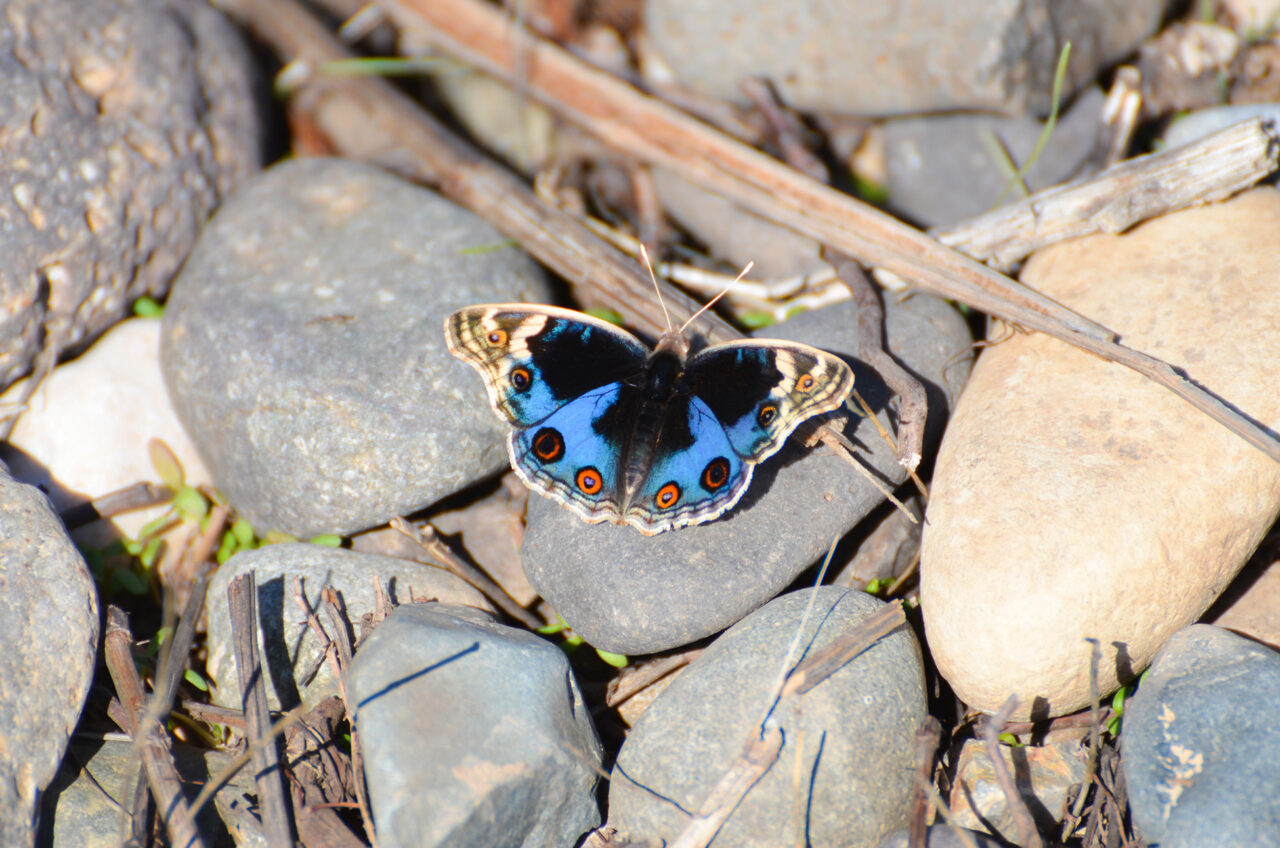 The Blue Pansy, or Eyed Pansy, known in the region as Dicle Güzeli, the Tigris Beauty. (Photograph: Murat Biricik)

In the part of the Tigris River that passes through the Hevsel Gardens, the environs of Ilısu Dam and the branches that flow into the river in this area, at least 35 fish species from 10 families have been documented. 22 of them are common, and at least 16 are endemic.

Gibel carp (Carassius gibelio), Eurasian carp (Cyprinus carpio), Asian stinging catfish (Heteropneustes fossilis) and eastern mosquitofish (Gambusia holbrooki), which were not part of the Tigris river system, were brought in from the outside and seen to acclimatize. On the other hand, the Gibel carp and the eastern mosquitofish are reported as invasive species along the river.

Frogs are among the most important creatures of the food chain in aquatic ecosystems. In and around the Hevsel Gardens there are three frog species from amphibians: The varying toad (Bufotes variabilis), the marsh frog (Pelophylax ridibundus) and the lemon-yellow tree frog (Hyla savignyi).

Many marine and non-marine reptiles inhabit the Hevsel Gardens and its environs, including turtles, lizards and snakes. On land, the spur-thighed tortoise (Testudo graeca), in the main stem of the river and marshes, the Caspian turtle (Mauremys caspica) and the Euphrates softshell turtle (Rafetus euphraticus) make up the three species that live here.

The most common snake species in the area is the dice snake (Natrix tessellata). The terrestrial area features species including the javelin sand boa (Eryx jaculus), the black whipsnake (Dolichophis jugularis), the red-bellied racer (Dolichophis schmidti) and the narrow-striped dwarf snake (Eirenis decemlineatus). 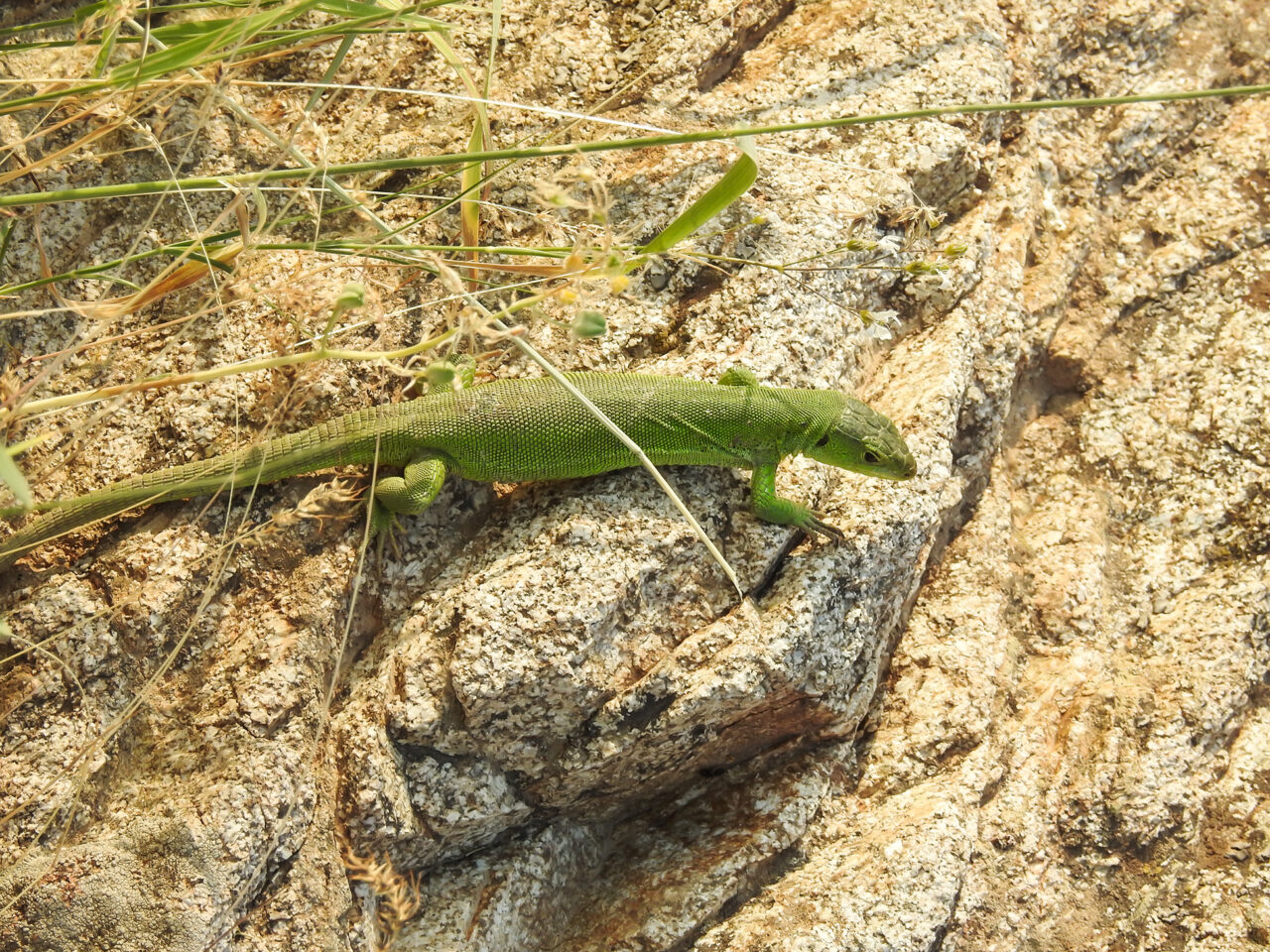 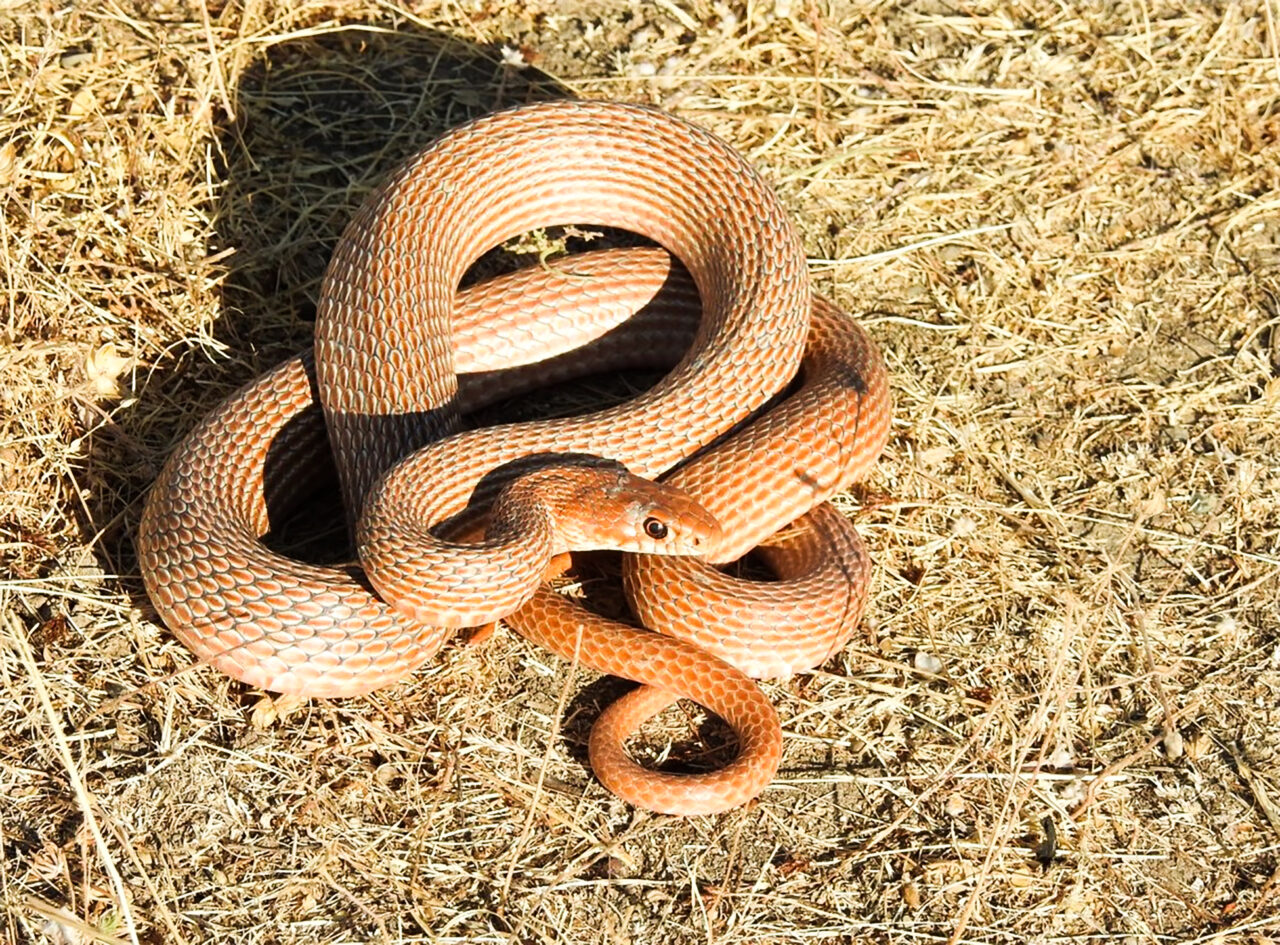 The Tigris River and Hevsel Gardens are on the immigration routes of many bird species, and the gardens are also known as the Hevsel Bird Paradise because of the significant role they play for migratory and resident birds thanks to their rich habitats. Bird banding work carried out along this part of the Tigris River has specified at least 80 different bird species. This figure is also expected to rise over the years. Thus, work carried out at the Kabaklı Pond on the Dicle University campus opposite the Hevsel Gardens specified more than 100 bird species. 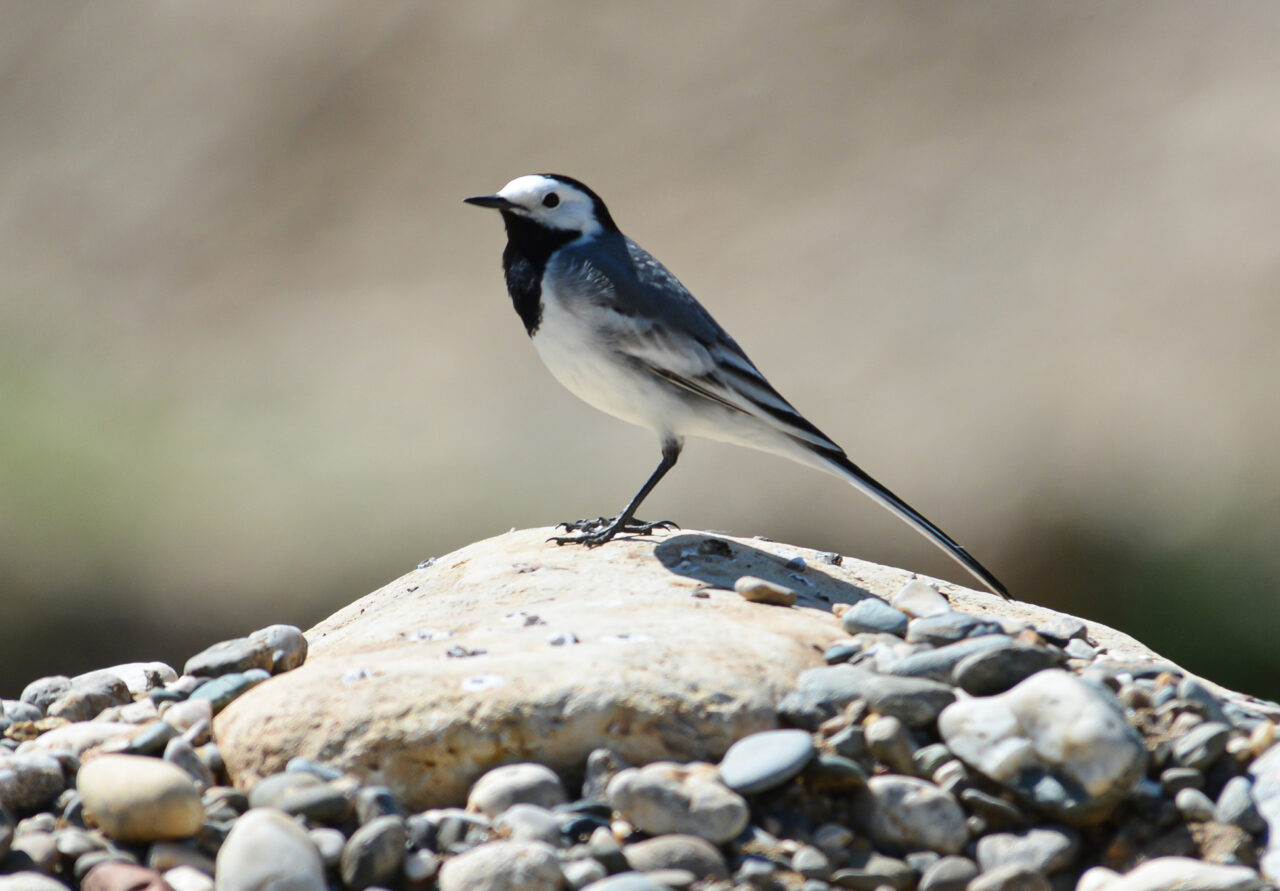 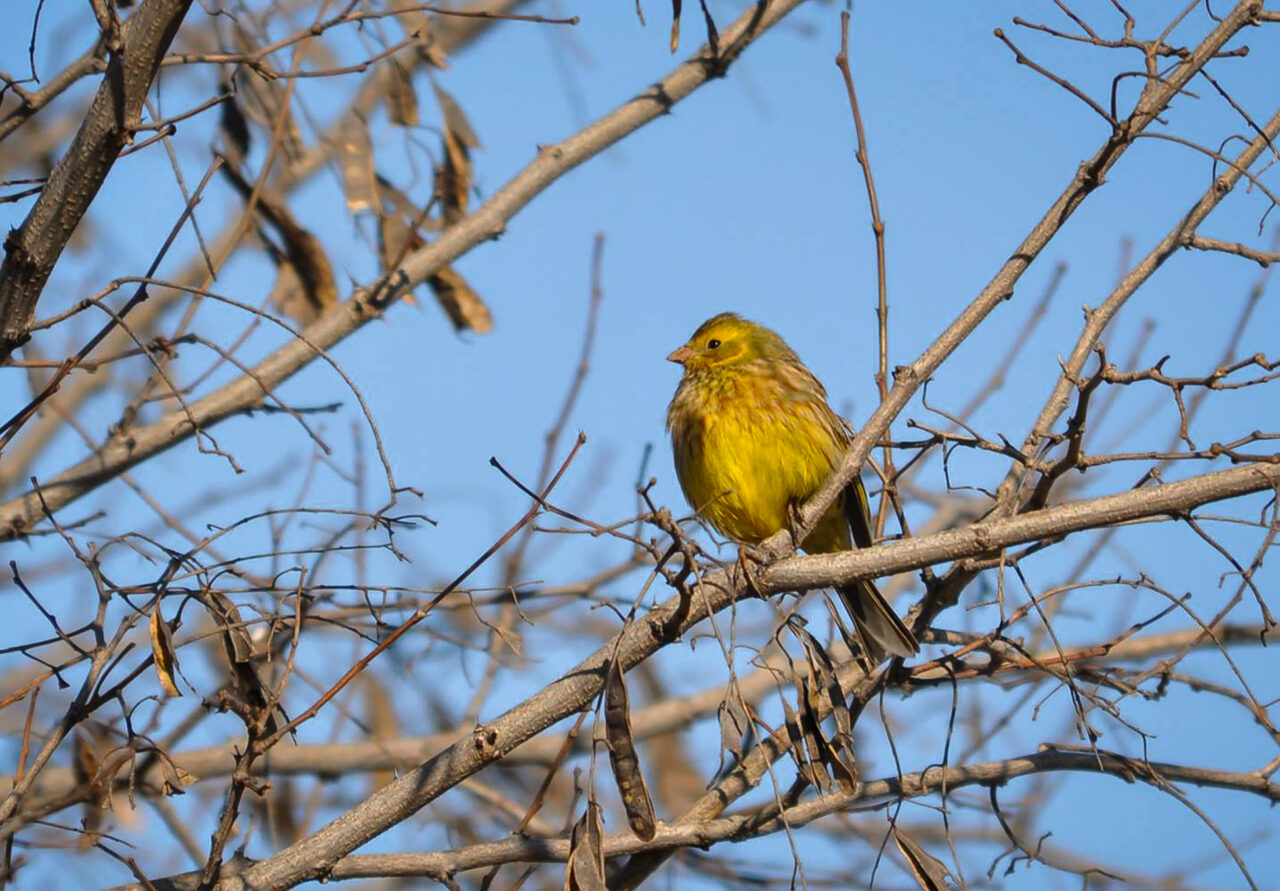 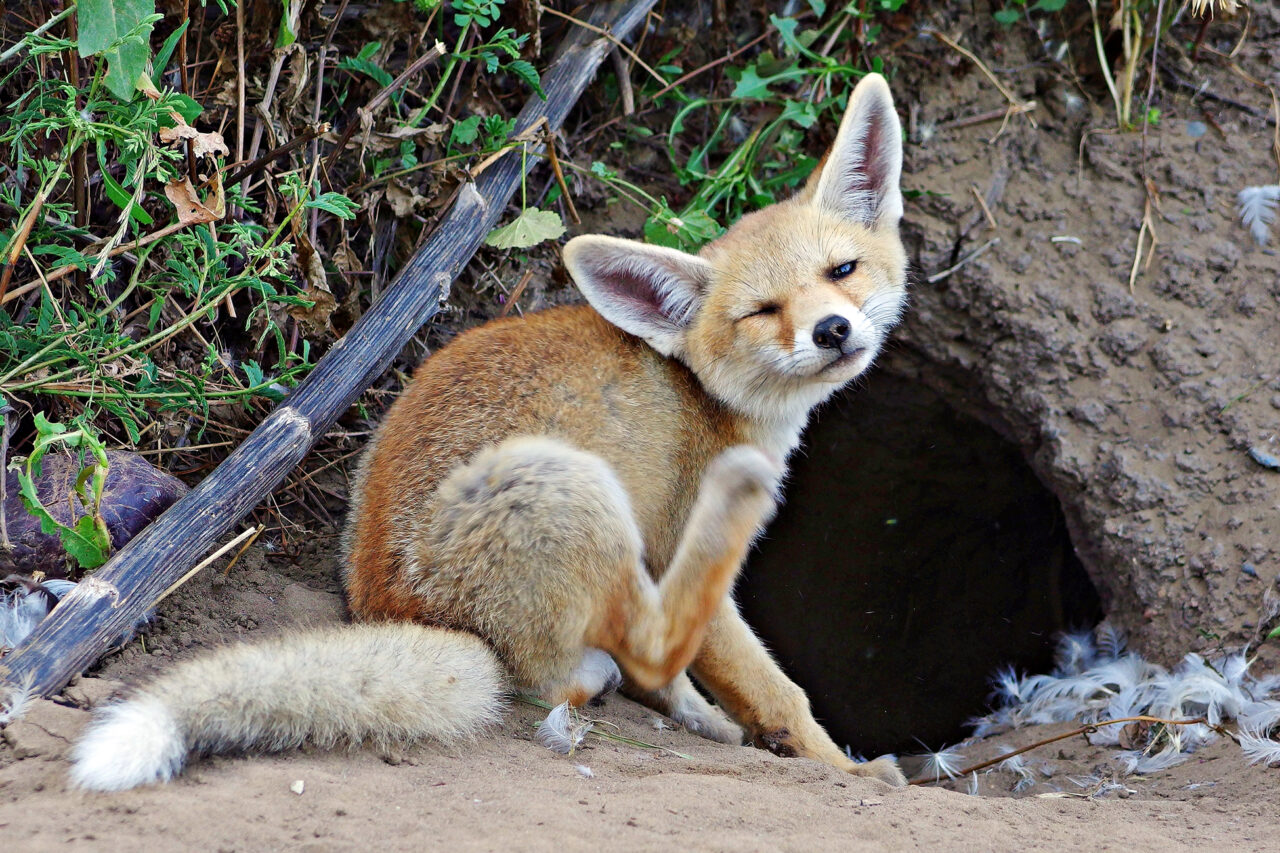 35 mammal species from 11 families have been recorded in the region. Most common among them are gnawing mammal species. There are two hedgehog species, including the southern white-breasted hedgehog (Erinaceus concolor) and the long-eared hedgehog (Hemiechinus auritus). Among bats, Kuhl’s pipistrelle (Pipistrellus kuhlii) is the most commonly observed species.

Eurasian otters (Lutra lutra) can be observed among the reed-beds of the Tigris River. This species is particularly active at night, and their sounds reveal their presence. The red fox (Vulpes vulpes), the European pine marten (Martes martes) and the wild boar (Sus scrofa) are among the widely observed beasts of prey in the Hevsel Gardens.

The Euphrates softshell turtle has a wide range in Turkey today, from the environs of the Hevsel Gardens, along the Tigris River, until Cizre, however, the Ilısu dam reservoir built on the river system highly restricts its habitats. Archaeological excavation carried out in the Bismil area discovered bone remains of this turtle species in tombs dated to at least two millennia ago. It is believed that they were sacrificed during rituals.

The Euphrates softshell turtle is a “charismatic” animal that still has its place in regional culture, with various legends told about it. Therefore, if preservation were to begin, it is probable that the species would easily be accepted by the local population as a symbol, or a “flagship species”. In this way, it may be possible to protect the few areas suitable for the species, and to form new hatching areas for this species that faces rapid decline, particularly because it cannot find suitable breeding sites. 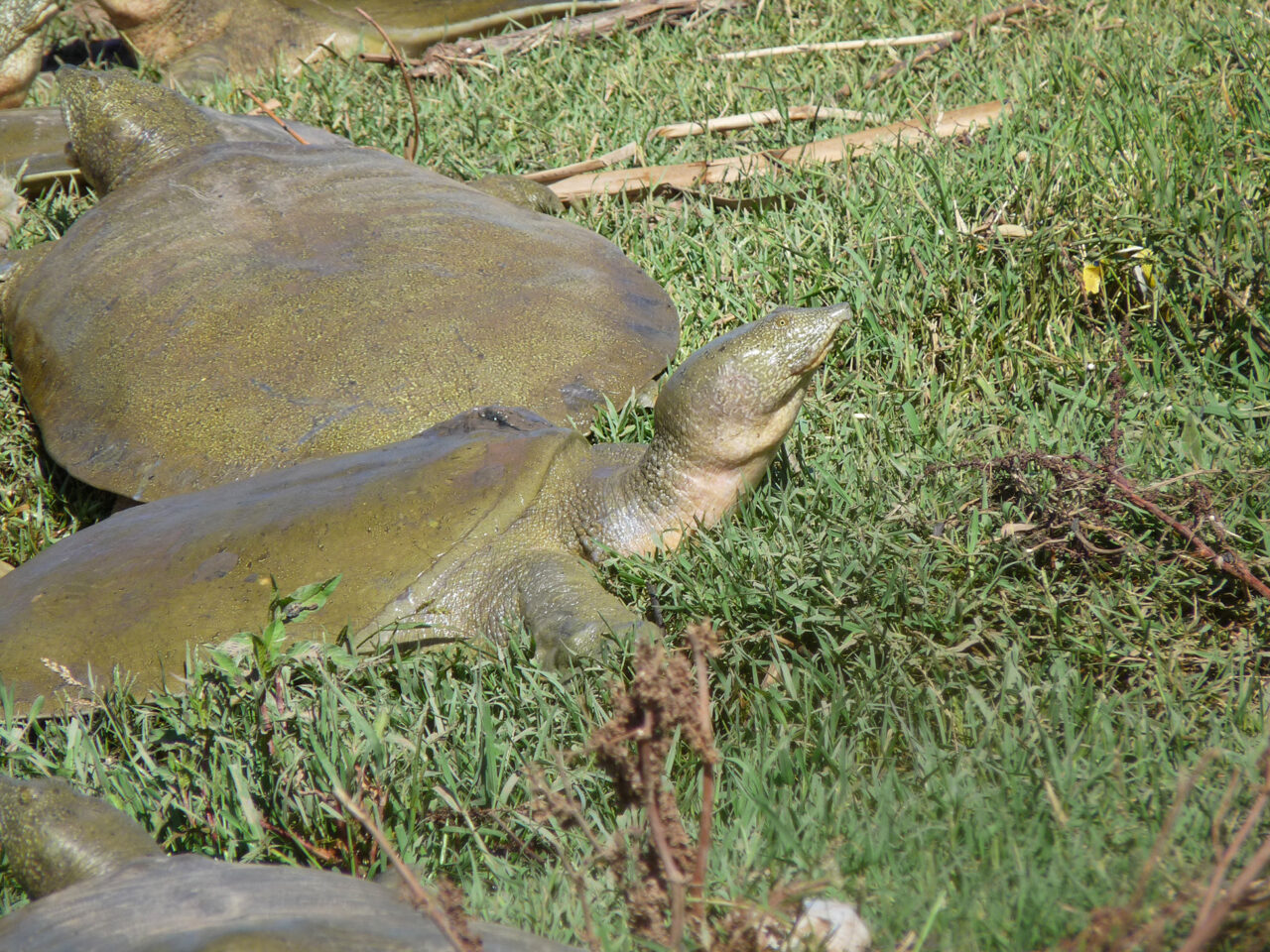 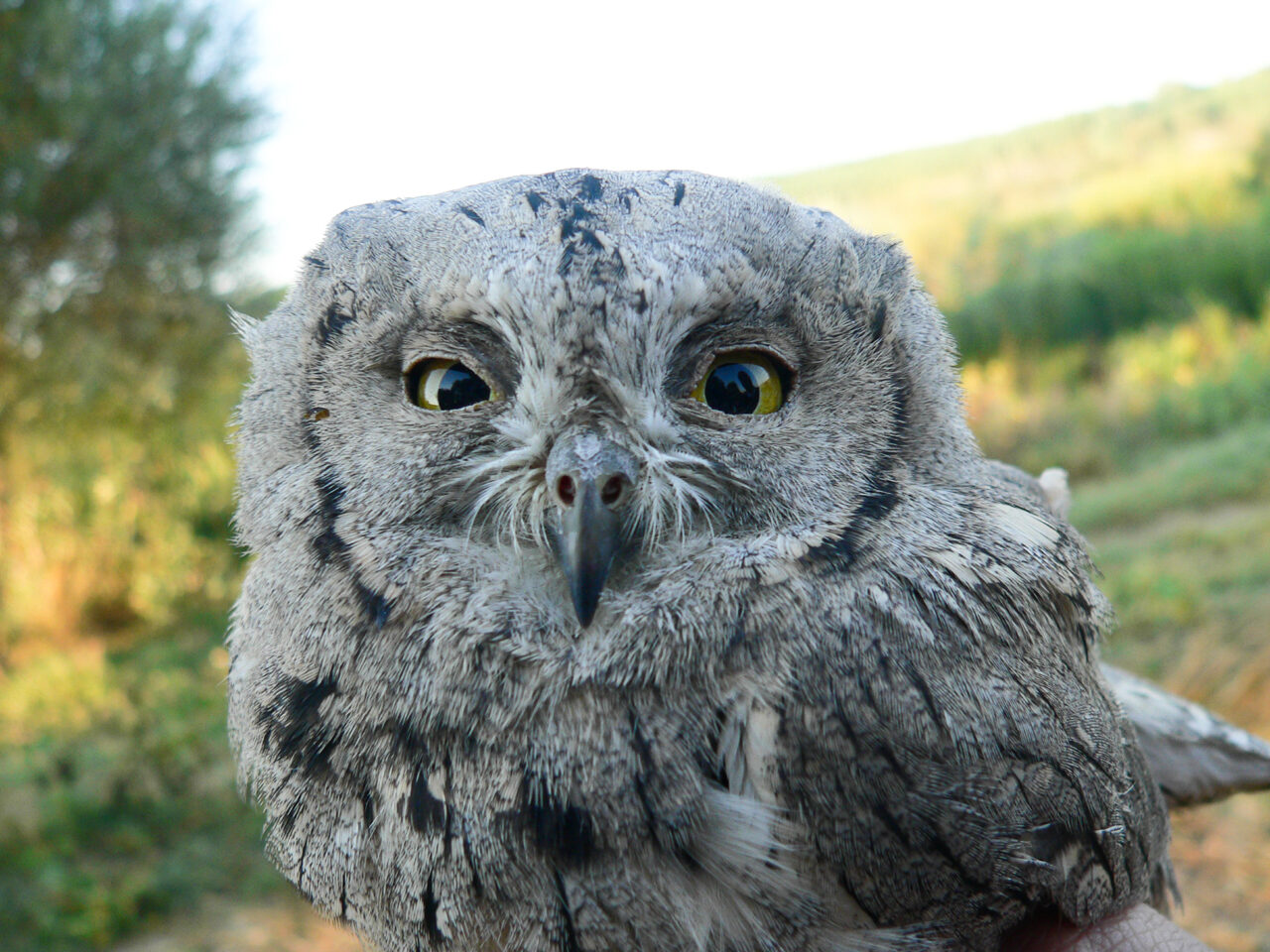 Due to its geographical position, Turkey is both a breeding ground, and on the migratory route of many birds. Bird migrations are researched, in addition to direct observation, through various methods including the use of radio and satellite transmitters, recording of differences in birdsong, examination of bird parasites and bird ringing, or banding. Ringing, or banding, is an approach that involves capturing a bird using safe methods, a ring being attached to the bird’s leg and release after information such as species, age and sex are registered. At the Dicle Bird Ringing Station, in the period from 2003 to 2006, bird banding work was carried out during five periods, one in the spring and four in autumn. The Tigris Valley is an important stopover site for migratory birds. During the total work period of 199 days, a total of 7716 birds from 89 species were captured.

The most widely ringed songbirds include the common chiffchaff (Phylloscopus collybita), the willow warbler (Phylloscopus trochilus) and the bluethroat (Luscinia svecica), respectively. The most widely ringed bird species other than songbirds was the common kingfisher (Alcedo atthis), followed by the European nightjar (Caprimulgus europaeus) and the Eurasian wryneck (Jynx torquilla).

Today, the flora and fauna of the Tigris River and their habitats are threatened by multiple factors. First among such threats is hydroelectric power plant projects [HES]. Dams, HES or banking prevent rich alluvia to reach lower basins and the sea, thus reducing aquatic fertility. This also prevents fish from migrating, thus harming fish diversity.

Construction development is a serious problem in itself. A significant part of the planned Tigris Valley Urban Design Project is within the region defined as the “Heritage Site”. It may sound nice to confine rivers within artificial canals and landscaping recreational areas around them, like in many European countries. However, such projects run the risk of destroying the river and its ecosystem, and leaving only a “millet bahçesi/park for the nation” behind. Yet the Tigris River and Hevsel Gardens form a significant ecosystem that cannot be sacrificed for the building of a park.

The most important problem that threatens the natural land and agricultural land in the Tigris Valley is the reduction in the water content. Global climate changes lead to decrease, or irregularity in precipitation. Excessive water use from the Tigris River and its branches for wild flooding irrigation also forms a threat for aquatic beings.

Sand quarries also constitute an important factor that harms the ecosystem. Excavating sand from the shores of the Tigris Valley to use in construction, and the proximity of spoil areas to the basin damage the natural landscape. This, in turn, destroys the habitats of the Euphrates softshell turtle, an endemic species of the region.

The outcome of all such factors is the destabilization of ecological life in the region. It is for this reason, in order to protect the flora, fauna and their habitats that the Tigris River must be designated as a “Sensitive Area under Absolute Protection” and the Hevsel Gardens as a “Specific Natural Protection Area”. 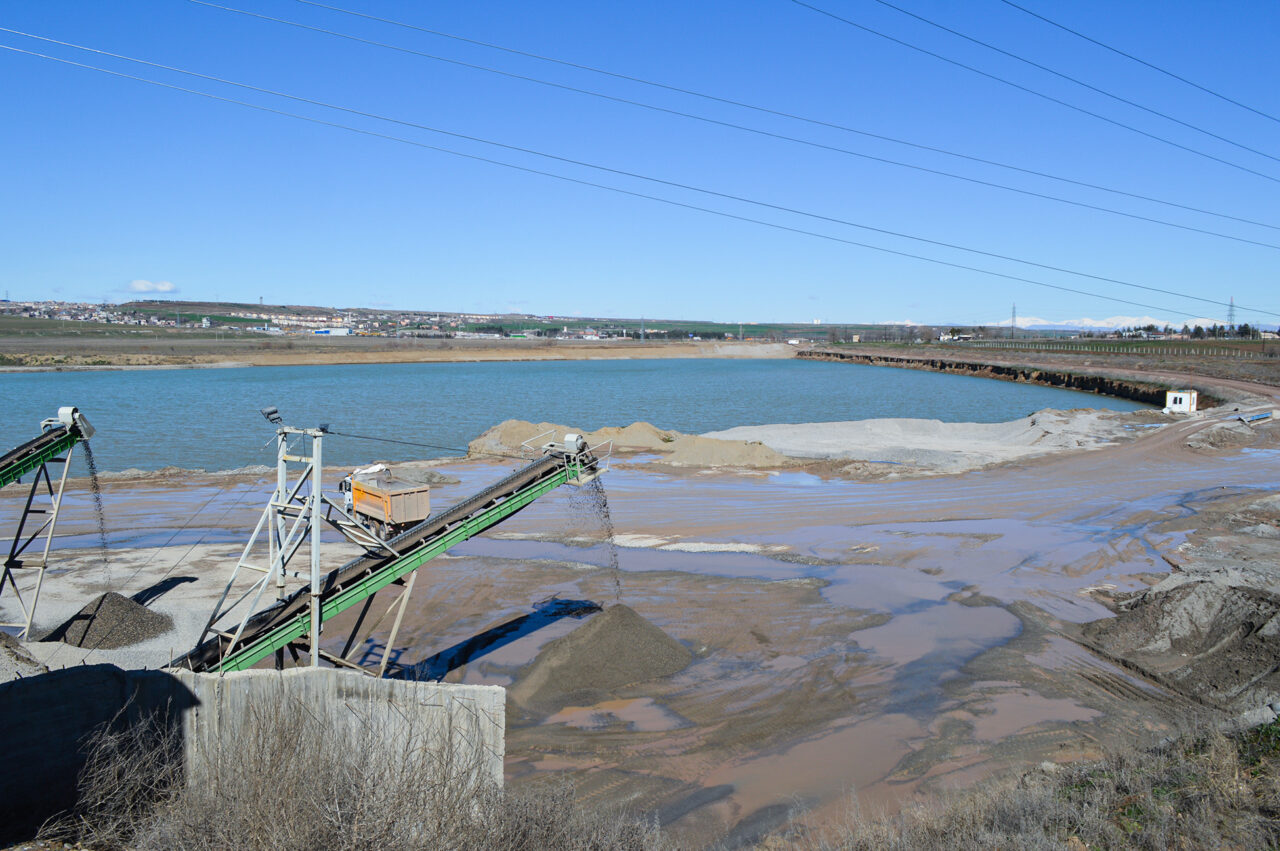 Damage to the natural environment around the Tigris River also threatens the rich flora and fauna. Sand quarries are among the most significant factors that cause this damage. (Photograph: Nevin Soyukaya)

With thanks to: I would like to express my heartfelt thanks to Prof. Dr. Rıdvan Şeşen (mollusca), Dr. Sadreddin Tusun (insects), Specialist Nedret Yakalı, Prof. Dr. Murat Biricik and Prof. Dr. Recep Karakaş (birds), Prof. Dr. Yüksel Coşkun and Doç. Dr. Alaettin Kaya (mammals) for meticulously compiling information and allowing us to benefit from their research results. – Erhan Ünlü